They say what often drives someone to make a major move is the notion that the grass is greener on the other side. But sometimes, it doesn’t matter what the color of the grass is – or the flowers, for that matter!

Such is the case leading up to the recent move of Prime Group’s international headquarters in Miami. It just had to be done.

So last month, we pulled up stakes and moved to a new office-warehouse complex just a couple miles away in Doral, Fla., that offers a promising path for continued growth.

Companies commonly cite multiple reasons for moving, but for us, the clear driver was the need to upgrade to a larger space that will facilitate that growth. Business is good, we are expanding services, boosting staff – and simply stated, we outgrew our previous outmoded, undersized facility.

But this action was driven by more than just physical-space limitations. The Miami expansion is part and parcel of an overarching strategy to which company partner Omar Zambrano and I have committed over the past year – to restructure and streamline Prime Group in a way that will ensure its long-term success.

We now boast more than 4,000 square feet of office space in the new facility, compared with just 2,000 sqft in the previous facility. And the same stands true with our new adjoining warehouse, which is double the size of the former warehouse – now at 20,000 sqft.

We may even find it easier to recruit workers because of the new, more modern and attractive location.

Although deciding to move is tough, it’s nothing compared to actually making the move. Psychologists will agree that on a personal level, no move is easy. In fact it ranks as one of life’s toughest transitions whether it’s your home or business. I may actually have grown a few gray hairs in the process.

And it’s not without short-term heartburn, as we had to figure in the cost of business interruption. But this move was expertly planned by our professional staff to be swift and well staged. As a result, we’ll see only a minor dip in business productivity over a period of just a few days. I am certain the investment is well worth it.

In business, you have to look closely at the reasons for moving – which we did. You also have to make sure the chosen spot addresses your needs – which it does.

These smart steps, coupled with a strong willingness and ability to shape our own future, guarantee that the grass truly will be greener at our new location and will prove to be one of the best moves in our company’s history. 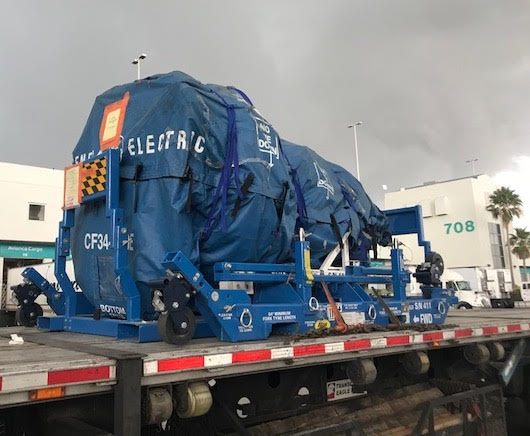 TAME recently had a sudden call for a jet engine to be transported from Houston. So who did they pick up the phone to call again – Prime Air & Ocean Cargo, of course.

That’s because we’ve been handling parts shipments for the flag carrier of Ecuador for years and knows they can totally depend on Prime Air & Ocean Cargo has for shipments big and small – and huge, such as a multi-million engine.

Whether it’s one box, one pallet, an aircraft engine, or a company-wide logistics management operation, Prime Air & Ocean Cargo has a unique ability to streamline, optimize, and expedite freight, and logistics solutions.

The company’s experienced staff takes works closely with and for the customer to shorten the shipping process, cut transfer times, and move paperwork efficiently and swiftly.

For information, send an email to info@primegroup.aero or visit www.primeaircargo.com. 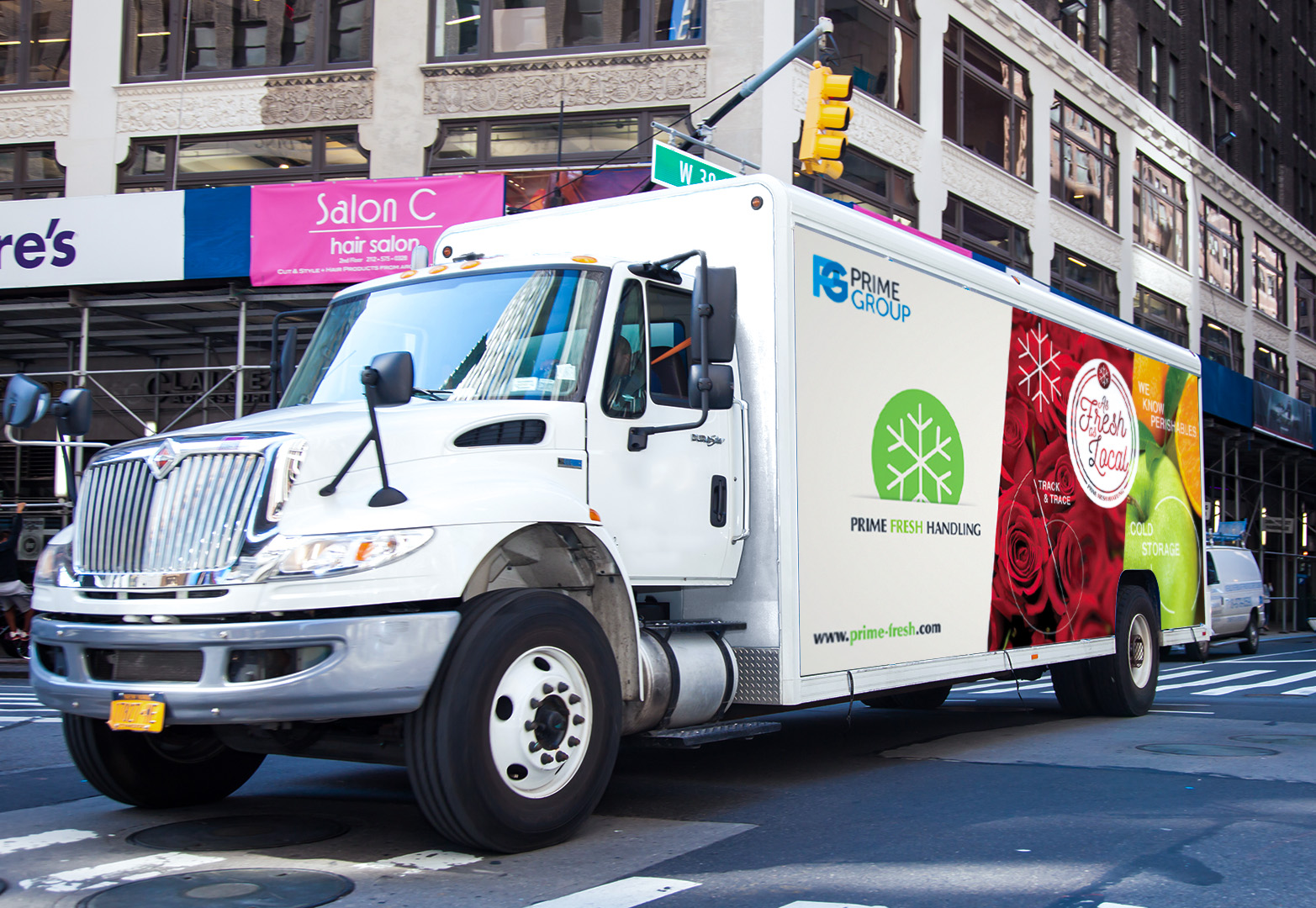 There’s a well known show-tune line that goes, “New York, New York, a helluva town…” Most everyone on the planet has heard Frank Sinatra sing these words. And anyone who’s been to New York or done work here would agree.

Having relocated to New York two years ago, Paredes finds the city to be an amazing place for living and for tourism, of course. “But from a business standpoint, it is truly unbeatable,” he says, due to the fact that it’s the most populated U.S. city per square foot.

“You can find always someone trying to sell or buy something here.”

As is most of the company’s management team, Paredes hails from Ecuador. In his short time here, he has discovered New Yorkers to be very friendly, “and there is always something to do – its rhythm of life in this city that catches you.”

Paredes also recognizes that New York is a mass consumer market. “In addition to our most popular shipment here – flowers – it is a huge market for produce, fish, and dairy.”

He says it is especially gratifying to find Ecuadorian flowers in bouquets on sale at local markets and to see huge arrangements of South American flowers displayed at major high-society events in the city, such as the Annual Met Gala, considered the “Oscars of the East Coast.”

Prime Group has maintained a New York office for about five years but didn’t start to expand until building up the perishable side of the business in 2016, with the adaptation of the initial cooler at the original warehouse.

According to Prime Group CEO Roger Paredes, no family relation to Alex, Prime Fresh Handling is today seen as a key player in the distribution of flowers in New York to cities all across the U.S., Canada, and Europe.

“With the typical customers of the New York operation being freight forwarders from South America and from across the world, we also work with importers, wholesalers, and retailers of flowers, produce, and fish,” he said.

Here’s how it works: Upon receiving daily consolidations of flowers, and passing Agriculture Inspection and U.S. Customs clearance, the Prime Fresh Handling team then picks up the shipments from the airport, and transports them to the warehouse facility where PFH sorts and pre-cools the product for its ultimate pick up or delivery to the final consignee.

While the mainstay is the “transfer” of flowers, PFH is now starting to get more heavily involved with fresh produce and fish. Alex also notes there is great business potential in handling dry cargo from the Northeast to most of the countries of South America.

So is managing the New York presence considered an exciting assignment? Alex says yes, without question. “Of all cities across, working the JFK office is excellent because the company has experienced such steady growth here over the past few years.”

In fact, he adds, they continue to look for other business and growth alternatives – and are finding great success at that endeavor, too.

The team is now venturing beyond its core flower-transport business to participate in a regional and national food shows, such as the recent Summer Fancy Food Show – the largest specialty food industry event in North America that took place in July in New York.

“It was a huge show offering very big opportunities for us – so now we are planning to attend every year.”

Never a moment’s rest. Because now the company is in the early stages of scoping out bigger warehouse/office accommodations in the area. According to Roger, “It is getting especially busy on the weekends, and now with product coming in from Mexico for processing in our facility, it seems we’re suddenly outgrowing our skin.”

But these growing pains are the kind that actually feel good,” he adds. “It’s going well up here and we are very happy with the operation.”

Prime Fresh Handling benefits by being part of Miami-based Prime Group, a network of coordinated cargo and freight specialists with offices and representatives worldwide.