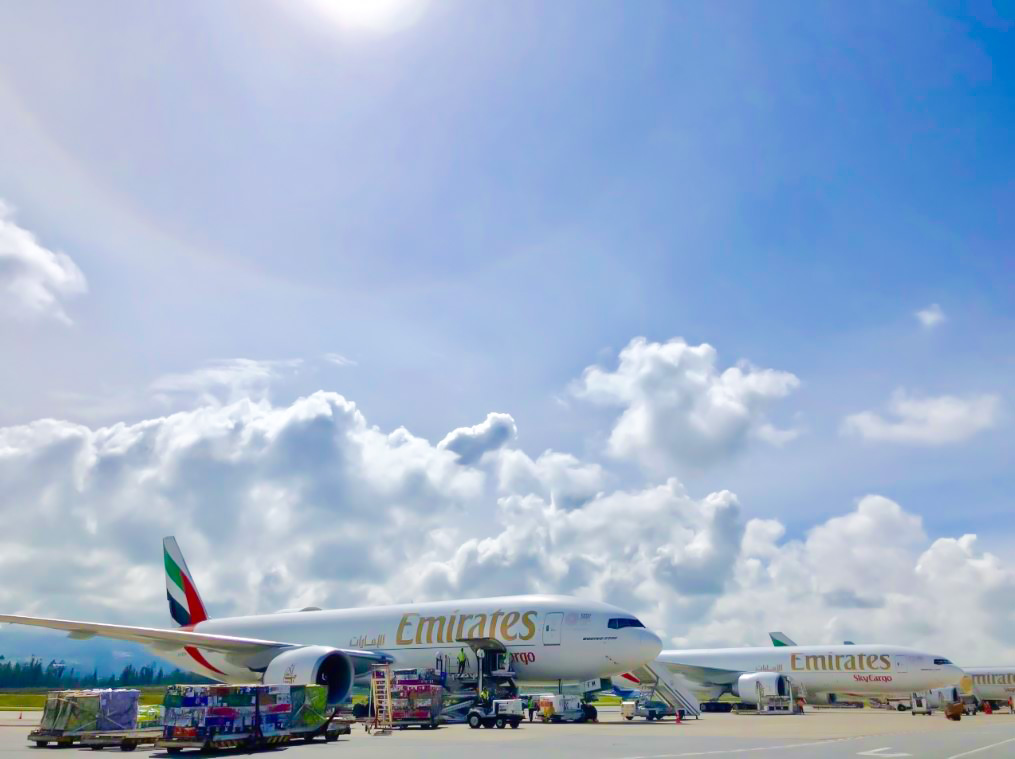 Last month, when Emirates SkyCargo celebrated five years of “uplifting roses from Ecuador,” the news was picked up in Air Cargo World, Air Cargo Week, and other major trade journals across the globe. After all, it’s big news.

As its GSSA in Colombia and Ecuador, PrimeAir and parent company Prime Group wish to congratulate the carrier on its great success here.

After all, PrimeAir and Emirates SkyCargo have been working closely together since Emirates first entered the market in 2013 – in Quito. And just this past summer, the partnership was significantly enhanced as the Dubai-based carrier selected PrimeAir to serve as GSSA for Emirates SkyCargo’s operation in Colombia, too.

Says Prime Group CEO Roger Paredes, “They were obviously very pleased with the high caliber service we provide – and we are so proud to be part of their continued success on the South American continent.”

PrimeAir provides in-country sales, marketing, and accounting for Emirates SkyCargo, in addition to airport services such as warehouse supervision, and ULD control.

Acknowledging that the agreement with Emirates SkyCargo is a feather in the company’s cap, Prime Group is pleased to share the good news here with our readers, on behalf of one of our most honored customers and partners, Emirates SkyCargo.

Roses are one of the most popular export commodities from Ecuador and are renowned for their vibrant color and long shelf life. Over the last five years Emirates SkyCargo has been facilitating exports of Ecuadorian roses as well as other flowers and perishables through its freighter operations to Quito.

Emirates SkyCargo commenced its freighter operations to the Ecuadorian capital in December 2013 with a once a week service. However, due to growth in demand and trade flows from Ecuador, the air cargo carrier increased the frequency of its freighter flights. Currently, Emirates SkyCargo’s Boeing 777 freighter aircraft uplift cargo four times a week from Quito.

Since December 2013, Emirates SkyCargo has helped transport over 50,000 tonnes of Ecuadorian exports from Quito. Fresh flowers including roses form the bulk of export commodities transported on the freighters. In 2017 alone, close to 12,500 tonnes of fresh flowers were flown from Quito to other parts of Emirates’ network in Europe, Middle East, and Asia.

High season for flower exports lasts between August and February but the peak demand for roses occurs in late January and early February in the run up to Valentine’s Day, which requires additional freighter capacity to be deployed to meet demand.

More recently, Emirates SkyCargo has also helped promote the growth of exports of perishables such as mangoes and baby bananas from Ecuador to markets such as Germany, the Netherlands, Hong Kong, and Singapore. With its global network of over 155 destinations Emirates SkyCargo facilitates the development of new export opportunities and makes an important contribution to the local economy in Ecuador where more than 100,000 people are dependent on the floriculture sector.

With Emirates Fresh, the carrier’s three-tiered suite of specialized solutions, flowers and other perishables from Ecuador retain their freshness and longevity during their journey. Emirates SkyCargo’s modern fleet of Boeing 777 freighters have controlled temperature zones set up inside the aircraft ensuring that perishable shipments travel at the right temperature.

Emirates SkyCargo, the freight division of Emirates, is the largest international airline cargo operator in the world. With an unrivalled route network, the carrier connects cargo customers to over 160 cities across six continents and operates in many of the world’s fastest developing markets.