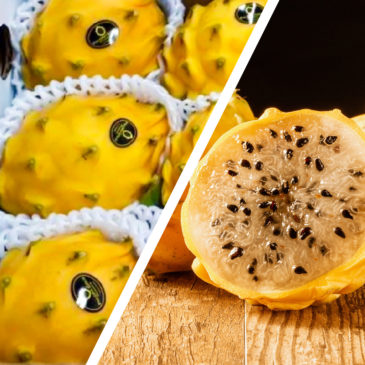 It seems the world is catching on to the power of the pitahaya. Also known as the dragon fruit, this delicious tropical superfood from Ecuador is now growing in popularity from Hong Kong to the U.S. and many points between.

And that’s a good thing for Prime Group. Because as the market’s appetite grows, two of its divisions stand to benefit most: PrimeAir as the GSSA for air carriers transporting the product worldwide; and Prime Fresh Handling (PHF) as the agent that takes care of such sensitive perishables on the ground.

In fact, it was the PFH team at LAX that was ready and waiting when the first-ever U.S. import of organic pitahaya was accepted here last month.

Leading up to this historic flight, the Ecuadorean Ministry of Agriculture and Livestock worked long and hard with in-country fruit producers dedicated to this crop. And it is now paying off as the agency recently announced that dozens of international markets are currently open for the export of organic dragon fruit – spanning China, North America, Southeast Asia, Russia, and 28 countries of the European Community.

The Ecuadorean pitahaya is the most highly sought variety not just because it’s so plump and enticing, with hardy yellow skin and unique seed-speckled flesh, but because it can do a lot for your health, too.

In fact, benefits include anti-aging, immune system boosting, and sugar stabilization. And pitahaya tastes great too, like a mix between a kiwi and pear with a slight crunchiness.

Growing Presence
The seeds to success in being selected to handle Ecuador’s first inbound shipment of organic pitahaya actually were planted over a year ago, says PFH’s Commercial Manager Cristina Moscoso.

That’s when she and her team launched a big commercial push to grow the division’s U.S. West Coast presence. This move was timed to follow an expansion of the PFH facility at LAX, which now features more than 21,000-square-feet of cooler and freezer space for product staging and storage.

“We obviously know a lot about handling fresh flowers, our core business. But lately, we’ve made impressive strides into serving clients who deal in other perishables, such as fish and produce,” said Moscoso.

With PFH facilities also in Bogota, Quito, Miami, New York, Amsterdam, the division offers a complete menu of logistics services from crating and packaging, to cold storage and inventory services – even document processing and customs clearance.

“So that’s why we’re so pleased to be working with organic pitahaya – it’s is exactly what we have been aiming for.”

Not only is the pitahaya good for you and good for business, it’s amazingly well timed. Just as the annual flower season cycles down, dragon fruit is ready to fill the open capacity out of Quito.

“March was always the low point of the year in terms of kilos handled, but now, due especially to the pitahaya, the number of shipments and tonnes of fruit has been on a major upswing,” says Prime Group CEO Roger Paredes.

In fact, this year they didn’t really feel the low season at all following Russian Women’s Day, the traditional end of the busy flower season.

Paredes also notes that while dragon fruit demand is high all across the world, the majority of output right now is going to China, via connecting Emirates SkyCargo flights from Quito.

“We are all hopeful this will be more than just a ‘year of the dragon,’” he quipped.

“But seriously, if the voracious Chinese market is leading the way in the consumption of pitahaya, all of us supporting its distribution should plan to be busy over the long haul.”