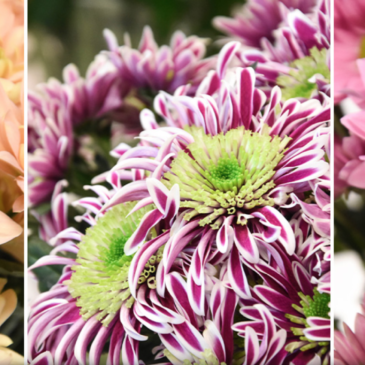 Although International Women’s Day was founded in the U.S., it has grown in significance in many other countries worldwide – and Prime Group’s operations in Quito continues to play a key role in keeping this annual tradition going strong.

With Ecuador serving as the primary source of flowers for this March 8 holiday each year, the efforts of both PrimeAir and Prime Fresh Handling in Quito and Amsterdam are crucial to advancing the company’s winning strategies at meeting the demand of its valued customers.

The Ecuadorian flower market supplies 72 countries around the world with floriculture products. But when it comes to Women’s Day, Europe is the number one market.

In order to ensure the fresh and timely delivery of fresh-cut flowers by March 8 – the day people recognize the most important women in their lives – the peak period for handling and shipping actually begins Feb. 16.

According to PrimeAir Regional Sales Director Jose Luis Suarez, in terms of logistics support, every year is different – but this year, there were several unique aspects at play.

“It was a good season for us, no doubt. First, there was notable increase in air cargo capacity, meaning more service than normal was available out of Quito. But to this we must add factors that were outside the control of the industry that also affected the market and production of flowers.”

Suarez was primarily referring to last fall’s situation in Ecuador during which plantations were attacked by the protesters who barricade roads across the country in response to government policies to end diesel and gasoline subsidies. As a result, fuel prices to spiked across the country – as did tempers – which in turn prevented the normal development of the market.

“The protests did negatively affect overall production, because it delayed the cutting of the plants for the Valentine’s Day period. But apparently this helped to make production for Women’s Day season more stable,” he added.

Ultimately, PrimeAir was able to move 1.2 million kilos of flowers over the two week peak period, Feb. 16 to March 1. “Meeting this challenge took a lot of hard work, but for us, hard work is regular work – and it’s what prepares us to continually be attentive to providing the high levels of service and reliability that our customers demand.”

And so it goes working in a market as sensitive to outside pressures as the fresh-cut flowers.

About Women’s Day
For more than 100 years, International Women’s Day has been celebrated annually round the world on the 8th of March. A public holiday in many countries, it is a focal point in the movement for women’s rights that started back to 1910, when the day was first observed across America and Europe. Later, in 1946, feminists in Italy chose the mimosa flower as a symbol of strength, sensibility, and sensitivity for Women’s Day.

Today, although the mimosa flower maintains a special significance, it’s not the only flower given. Other flowers popular flowers to gift on International Women’s Day are lilies, alstroemerias, tulips, orchids, and roses.

In fact, flower shops across Russia sell upwards of 150,000 roses on March 8. And while pink, yellow, and white carnations are also hugely popular, light pink flowers are highly preferable in the U.K.