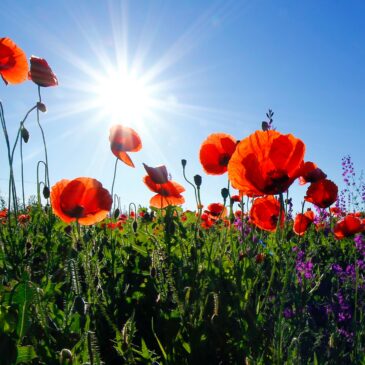 Flowers blooming in spring symbolize a rebirth and, for so many of us in the Northern Hemisphere, the end of dreary wintertime. Across the globe, cultures celebrate in different ways. In the Netherlands, tens of thousands line up to watch the Bloemencorso Bollenstreek, a famous – and lengthy – floral spectacle and parade. Traveling between Noordwijk and Haarlem during April 20-24, 2022, the parade will feature elaborate floats constructed with tulips, daffodils, and hyacinths.

In Japan, the country’s cherry blossoms annually are the focus of an internationally known spring festival, Hanami, unfolding between late March and early May. Japanese residents host parties under the cherry trees, a centuries-old tradition. In Washington, D.C., too, these blooms as well as the friendship between the U.S. and Japan are celebrated during the annual National Cherry Blossom Festival, thus year slated for March 20 to April 17.

Late winter and spring is certainly Prime Group’s busiest business period as fresh flowers and plants make the perfect gift. On a daily basis, we’re handling and transporting over 200,000 kilos of fresh flowers between destinations within Latin America, Europe, Asia, and North America.

But whether it be now or throughout the entire year, I’m proud of the employees of Prime Air, Prime Fresh Handling, Prime Logistics, and for that matter, our snack food division Prime Planet. I commend them for working diligently day after day to assure our clients’ shipments make it from Point A to Point B on time and arrive fresh and ready for sale.

Separately, I’d also like to acknowledge that spring is the time of year when the members of our multinational team with differing religious backgrounds observe sacred occasions, holy events, and rituals – many of which are rooted in ancient times. I’d like to take this opportunity to acknowledge the diversity of our workforce and our strong belief in inclusivity as they join with our clients around the world in observing these or other holy occasions this spring.

While spring often brings a plethora of floral gift giving – often fresh tulips, roses, hyacinths, and lilies, as well as other flowers – whatever the occasion or celebration, whatever the religious observation, one fact emerges: Spring is an important time of rebirth.

Simply put, the advent of spring reminds us that we can begin anew, try a new path, and reenergize ourselves for a greater good. We wish that for all people across the globe in 2022.