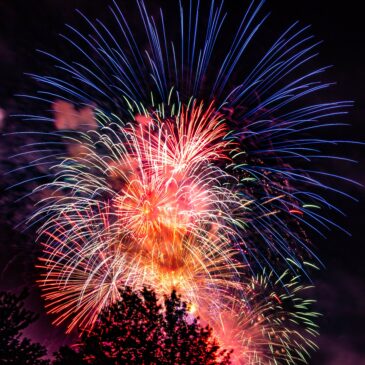 July awaits with national holidays, a chance to look back historically and reasons to celebrate.

Navigating through 2022, we’ve reached July, the year’s mid-point. The month is certainly symbolic for several cultures as a point of celebration. Prime Group is headquartered in Miami, where July 4th is celebrated as a national holiday. It signifies the important day back in 1776 when 14 American colonies signed their “Declaration of Independence” from foreign rule. So, let me be the first to wish all our employees, partners, and clients in the U.S. “Happy Fourth of July” as they celebrate with fireworks, parades, and concerts.

Also celebrating this July are many of our friends, employees, and clients around the world, such as those in Canada and France. Canada Day on July 1 symbolizes the anniversary that started Canadian confederation in 1867; while France’s “La Fete Nationale” or Bastille Day on July 14, commemorates the storming of that Paris fortress and the unity of the French people in 1790. Around the globe, other nations also celebrate anniversaries this summer and we send our best thoughts to them.

Wondering how July got its name? That’s an interesting tale. Let’s “rewind” our thoughts back more than 2,000 years to ancient Rome. Within the lunar-based Roman calendar, July didn’t exist. Rather, it was called “Quintilis,” Latin for “fifth month.” Why fifth and not seventh? That’s because the old Roman calendar counted only 10 months (not two winter months), so the month didn’t fall at the same time of the year as it does today. March was the year’s first month. Let’s just say that calendar was confusing.

Fortunately, Julius Caesar, the Roman emperor, reformed it – taking inspiration from the ancient Egyptians and switching to a solar-based system that tracked the time needed for Earth to revolve around the sun. And so created was a calendar of 365.25 days. An extra day was added in February every four years to make up for that extra quarter day. After the two winter months were added in, Quintilis became the seventh month – positioned mid-year.

Then in 44 BC, after Caesar’s death, Rome changed the month of Quintilis to Julius (or July) in honor of the late ruler’s birth month. The new calendar was appropriately named the Julian Calendar. It was used until the late 16th century when the Gregorian Calendar emerged. But today, thanks to the Romans, July remains firmly rooted mid-year.

Weatherwise, our employees often see July as a month of extremes. For those in the southern hemisphere, July falls in winter; while for Europe, much of Asia, and North America, we have extreme summer heat and humidity. It’s often, as the Romans would say, “the dog days of summer.” So, I’d like to personally thank all our employees, partners, and clients for their dedicated work during July’s most challenging weather days, whether hot or cold.

On a personal level, though, July brings a great opportunity for everyone to relax, refresh, and reconnect with friends and family. If you have a sweet tooth, perhaps ask friends over to share treats during July’s National Ice Cream Month, Chocolate Day in July, or Pecan Pie Day on July 12.

In addition, July is National Hot Dog Month so it’s the perfect timing for a backyard party. If you’re seeking to put on a fancier soiree, consider National Caviar Day on July 18. Also, for those with a health bent, July is National Watermelon Month and National Blueberry Month, plus Fresh Spinach Day arrives July 16, and World Tofu Day is July 26.

So, heading into July, let’s take stock of the month, appreciate its historic context – and remember to celebrate and have a little fun. Most of all, have a safe summer!