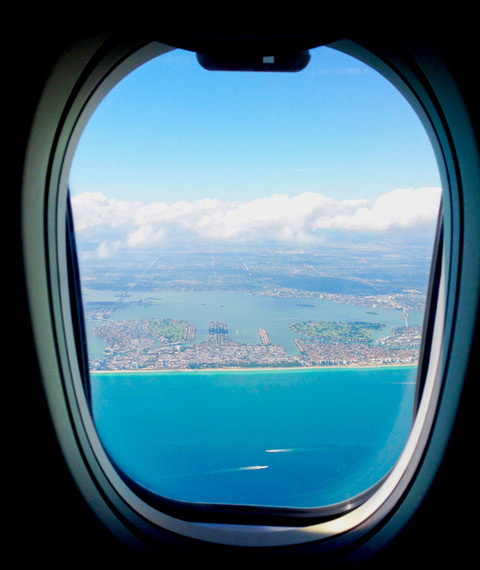 They say, when you’re 18 years old, everything is possible and tomorrow looks friendly.

Like humans, businesses have lifecycles, too. In 2019, as Prime Group celebrates its 18th year in operation, it is moving from what industry experts call the “Growth and Establishment” phase into “Expansion” – an exciting time indeed.

So, in order get a good view of where Prime Group and its four divisions are going in the year ahead, let’s take a look at where they have come from.

Over the past couple years, as Prime Group has continued to take on new customers, it’s been busy managing increasing levels of revenue, staying ahead of the competition, and expanding its workforce.

More recently, Co-Founders Roger Paredes and Omar Zambrano also took a bold step to start establishing real order and cohesion by mobilizing each divisional team according to clearly defined and communicated goals. This was achieved with the help of internationally renowned London Consulting Group.

“We signed on to work closely with the London consultants to enhance operational efficiencies that will ensure Prime Group is able to adapt to changes precipitated by our anticipated growth,” said Roger Paredes.

After months of studying the company inside and out, a broad range of action steps got underway to restructure and streamline operations. Starting in 2018, they ranged from expanding Prime Group’s space in Miami and at stations all across its system, to instituting new internal processes to make the company more agile and efficient.

In August 2018, the company pulled up stakes and relocated the international headquarters in Doral. The new and significantly larger office-warehouse complex, within close proximity to MIA, offers a promising platform for continued success.

“We now boast more than 4,000 square feet of office space in the new building and doubled the size of our warehouse to 20,000 sqft,” said Zambrano.

A Push for PAOC

Multiple initiatives now being realized also include the start of a commercial push for Prime Air & Ocean Cargo, the freight-forwarding side of the business. Based here in Miami, PAOC’s expanded warehouse and storage facility at the new Doral headquarters will not only fuel its progress, but also position PAOC for greater diversification in 2019.

Says Zambrano, “We are looking forward to a very good year. Brazil in particular will become a more significant player in 2019, along with several other principal countries in South America.”

Over the past year, PrimeAir saw an enhancement of business relationships with partners that share the company’s goals – particularly Emirates SkyCargo and Atlas Air.

This summer, the division that serves as an integrated General Sales and Services Agent around the world, was appointed as SkyCargo’s new GSSA in the Colombian market, following Emirate’s launch of international cargo service into Bogota. This supplements an existing separate schedule of daily flights in neighboring Quito.

Speaking of Quito, the company boosted staffing in 2018 to accommodate a shift in focus from a purely PrimeAir office to a fully diversified Prime Group operation, offering entire spectrum of brands under one roof.

Similarly, BOG is following suit, so that the parent company’s multiple divisions are on track to become the top provider of air cargo logistics and services in that region, as well.

Prime Fresh Handling is handling its operation well. Over past year, there was a continued emphasis on boosting PFH’s services at both LAX and at JFK , two of the newest and most successful station operations in the Prime Group system.

Amsterdam, too, is emerging as a key player for the company. A primary gateway to the entire European market, the new Schiphol operation is today recognized as a prime location for opportunity – and success.

This is a real success story: Prime Fresh Products, specializing in working in-country to take perishable, shelf-stable products to market in one integrated path, is taking the snack world by storm – in the form of unique new lines of snacks under the Prime Planet name.

After seeing great success with Prime Planet Tostones – and their 2018 foray into big South Florida supermarkets like Publix – the company realized it was a perfect time to grow this division and will continue to do so through 2019.

In concert with the launch of Prime Planet Parsnip Chips and Cassava Chips, PFP is also set to gain greater exposure in 2019 with the recent launch of its new slogan, “A Natural World of Flavor.”

The next phase in the business lifecycle is “Expansion.” To get there, Prime Group plans to focus on 2019 as a launch pad to propel the company into 2020 and beyond. Paredes says that stabilizing the ship, so to speak, for a smooth journey ahead is what 2019 will be all about.

He also notes that in 2019, Prime Group will continue to enhance the portfolio of airlines they work with in order to expand into more markets in South America, Asia, and other U.S. cities and states. “And there’s some promising surprises in store, too.”

Many entrepreneurs agree, if you are not moving forward, you are moving backwards.

“I agree,” says Paredes, “and with careful planning in 2019 and constant vigilance to the quality of service we provide, Prime Group will be better positioned for success than every before in our history.”