As the international turmoil of the pandemic continues, Prime Group remains steadfast in its support of our customers as they respond to the global need for essential commodities and healthcare supplies and equipment.

Nowhere near the end of this storm, and still not knowing what the “New Normal” will bring, for the present we will continue to do what we normally do – provide expert logistics support and services for our customers when they need it, where they need it, and get the job done right.

Our long history of service in the perishables business has prepared us well for this inflection point. We’re nimble, ready, and reliable. After all, when dealing with time- and temperature-sensitive commodities, it is all about precision and preparedness – because at any moment anything can go off track. And it usually does, which is why we’ve learned to always be ready with a plan B, C, and D.

Deemed an “Essential Business” early on, Prime Group companies were immediately front and center serving government agencies, world health organizations, and other customers integral to the global distribution of personal protection equipment (PPE) and crucial medical material. We’re proud of the part we played then and stand ready to continue to serve in this capacity as COVID-19 persists.

We also did 18 charters between Quito and Amsterdam with Emirates SkyCargo using B777-300s PFs (passenger freighters) to support the local growers and the flower industry in general.

And with so many people these days in self-isolation – and in need of better-for-you-snacks to help get them through – we successfully managed a doubling of sales of our Prime Planet Tostones, crafted and exported from Ecuador to retail markets all across the U.S.

During this heightened period of activity, we also implemented a new marketing strategy that is effectively getting the word out regarding the wide range of new and existing services available through the Prime Group.

This major effort will allow us to build upon our existing strengths, while also moving us in new directions.

As we consider the ongoing impact of COVID-19, we are monitoring market forces that are shaping the future development of multiple industries and regions across the world. With our global network of offices and expert representation, we are continually finding new opportunities to answer the call for service – and to deliver.

Prime Group is eager to play a crucial role in supporting the major industries that today are facing the biggest logistics challenges – with FMCG (fast moving consumer goods) and healthcare products leading the way. However, we are closely eyeing automotive, energy and utilities, industrial machinery and equipment, and other industries that are expecting new growth in the post-pandemic economy.

Although it may take another 18 months for things to “normalize,” whatever form that may take, the Prime Group will remain vigilant to changing customer needs and to delivering on our commitment to excellence in all we do.

The challenges before us are many. The opportunities are wide open. Wherever you are, we are here for you. 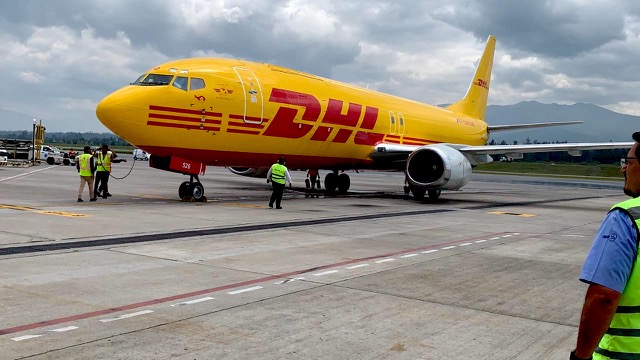 As one of the most familiar players in the ever-expanding Latin American air-cargo logistics market, PrimeAir has once again been called on to assist a major international carrier grow its presence here.

On March 11, DHL Aero Expreso (DAE), a division of DHL Aviation, launched a six-day-a-week rotation of service connecting Quito with Lima and the carrier’s hub in Panama, for both exports and imports from around the world.

Operating a B737-400 aircraft with a capacity of more than 20 tons per flight, DHL appointed PrimeAir as its General Handling Agent (GHA) at Mariscal Sucre International Airport (UIO).

According to Elizabeth Suarez, PrimeAir’s General Manager for Ecuador and Colombia, the company will be responsible for all ground operations for DHL and vendor coordination.

DHL Express, the world leader in logistics with 35 years of experience in the Ecuadorian market and 50 years globally, presents Ecuador with this new flight from Quito to, basically, the rest of the world as part of its expansion plans and continuous investment in international logistics service.

At first, imports to Quito will be handled by DHL from about 25 countries such as the U.S., Canada, Mexico, and Puerto Rico, and as far away as Australia, Japan, Indonesia, and Singapore, to name a few.

Due to the expanded capacity, the advantages of this new flight include: The option of sending pieces up to 300 kilograms, a boost in packet collection scheduling, and greater availability of space and time for preparation for exports.

This new flight, once a day, Mondays through Saturdays, is complemented with the rest of DHL Express Ecuador services, such as special solutions for electronic stores, real-time tracking system, and more.

Since 2001, PrimeAir has been providing the best GSSA services in Latin America for the biggest players in the air cargo industry such as Atlas Air, Polar Air Cargo, and Emirates SkyCargo – making cargo services, operations, handling, and accounting easy and reliable for airlines working across the globe.

In fact, in recent months, PrimeAir has further enhanced its business relationships with Emirates SkyCargo and Atlas Air. During this same time period, in Quito specifically, the company also has boosted staffing to accommodate a shift in focus from a purely PrimeAir office to a fully diversified Prime Group operation, offering an entire spectrum of brands under one roof.

PrimeAir benefits from being part of Miami-based Prime Group, a network of coordinated cargo and freight specialists with offices and representatives worldwide.