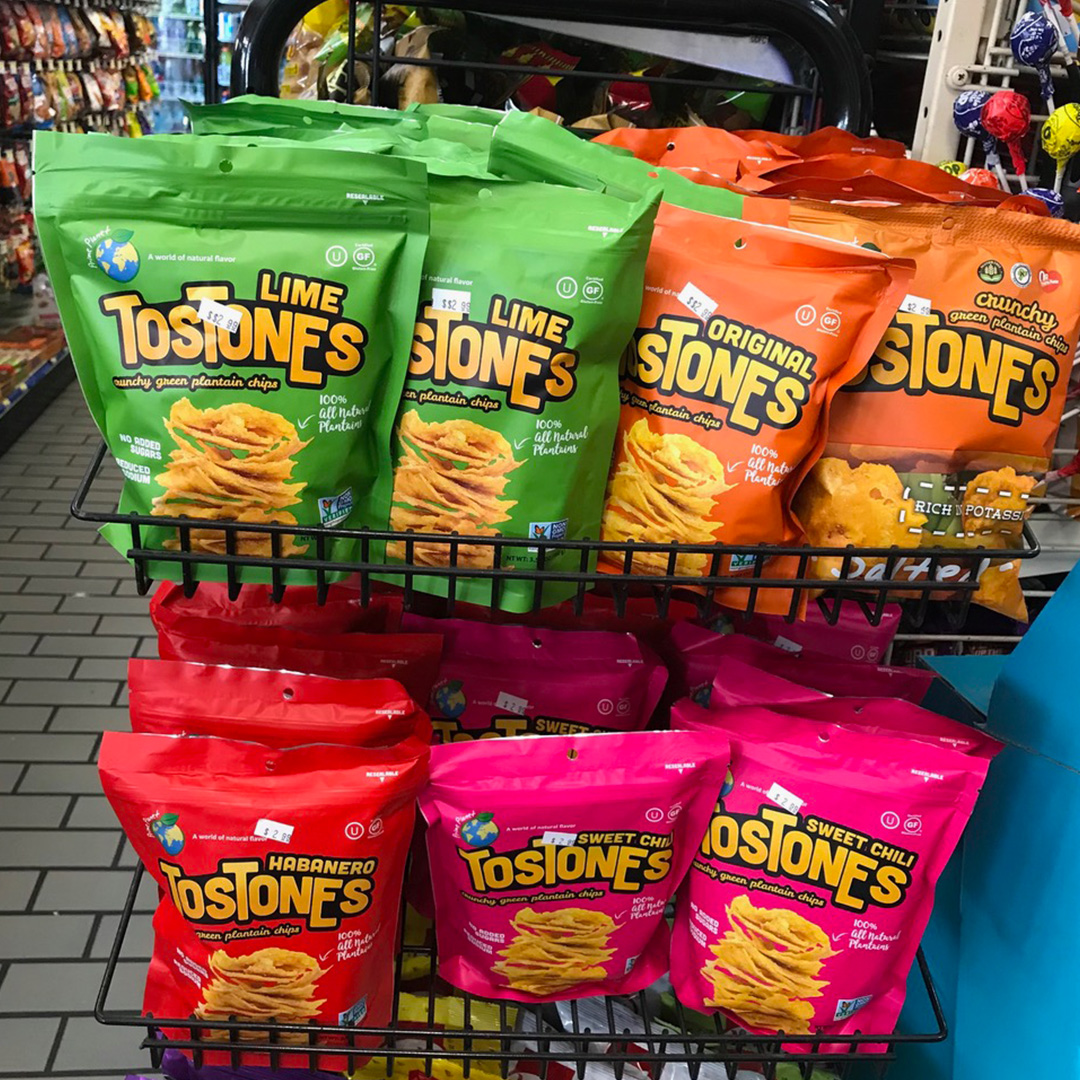 They say letting something go creates space for something better. In the case of Prime Planet Tostones, they’re absolutely right.

Since Prime Fresh Products (PFP) let go of the original iteration of its much-loved Tostones chips in order to launch a new and improved version in April – they are flying off the shelf.

That’s because now these delicious green plantain chips not only taste better and come in a better package, now they’re easier to find on the grocer’s shelf. After meeting certain standards in order to be re-designated a more mainstream snack, Prime Planet Tostones have made the critical move from the ethnic section to the all-important snack aisle.

“Since 2016, we have been the pioneers of converting plantains into all natural and better-for-you chips,” says Prime Fresh Planet’s Marcia Tipiana, “So, naturally, we wanted to get the formula for production and distribution right.”

Initially sold only in the South Florida, over the past several months, Prime Planet Tostones underwent a total re-engineering, by taking a really good chip and making it a whole lot better. In fact, when compared with the original chip, existing customers overwhelmingly love this new product, with Original, Lime, and Habanero varieties topping the list.

“Tostones have long been a highly recognized side plate among the Caribbean and South American culture,” says Tipiana. “But that’s now rapidly changing as they are being distributed to U.S. grocery stores well north of South Florida – in fact all the way to the Canadian border.”

What’s more, a recent report on Hispanic food-marketing efforts and consumer behavior points to projected sales in the Hispanic-foods market in the U.S. increasing from $17.5 billion in 2015 to over $21 billion in 2020.

PFP also has been taking its new and improved chip on the road to retail/wholesale food events, such as this spring’s Efficient Collaborative Retail Marketing Company (ECRM) Snack Food Show in Las Vegas. Here, the company focused on presenting the new snack item to buyers from across all U.S. retail channels.

According to Tipiana, it was also here that Prime Planet introduced its new re-sealable packaging, “because we understand that portion control is a big concern for consumers before they choose their snacking option.

Prime Planet’s palm oil is certified RSPO (Roundtable on Sustainable Palm Oil). The difference between regular banana chips or plantain chips is the taste, texture, and health benefits. The company focuses on ensuring its all-natural plantains have no added sugars or preservatives, since 47 percent of U.S. consumers indicate natural and non-added sugar is a main driver for putting an item into their grocery buggy.

“We are constantly innovating and adapting to the current snacking trends, which is the main reason we changed our packing image to target not only Hispanic/ethnic market but the mainstream market,” Tipiana added.

PFH also innovated the type of bag they offer, featuring a re-sealable a stand-up package, since demand for such pouches used in the candy and snack industry is forecast to increase 3.8 percent annually through 2022 to $3.4 billion.

Founded in 2016 PFP finds the finest food products from around the world and then import, distributes, and transports them to the shelf in the U.S. Prime Planet is a brand of PFP that that focuses on the production of ready-to-eat tropical snacks for the retail and wholesale industry. 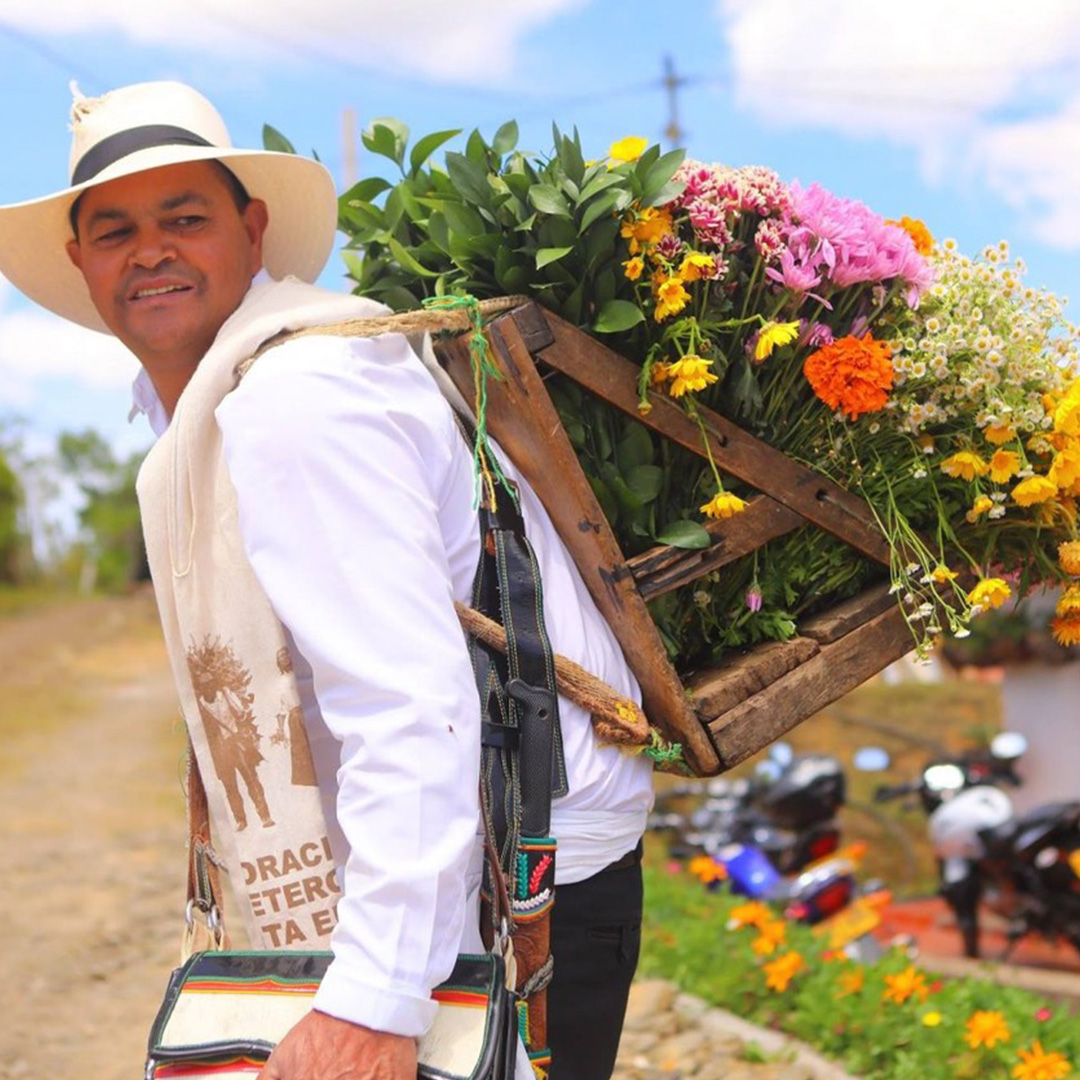 Last month, Prime Group got wind of an opportunity to potentially expand operations in the flower-rich region of South America. This would be good news, as it would allow Prime Group to not only grow its network as a dedicated provider of operations, sales, and ground handling services – but to continue boost its brand here.

“To be able to expand into, Medellin, Colombia, for example would be an exciting prospect indeed, said Roger Paredes, CEO of Prime Group. “From a logistics and transport standpoint, it would be ideal to be in the three top flower-producing origins, by adding a second Colombian city.”

The world buys about $1.35 billion worth of Colombian flowers every year, making the country the world’s second largest producer of cut flowers after The Netherlands.

However, launching operations in a new city is no small task. Work on such a project would involve extensive outreach and examination, from meeting with flower farms and grower’s associations, to checking and double-checking whether a new airport would even be suitable.

“Everything from determining whether we could store the volume of pallets necessary, to warehousing and cooler capacity would need to be looked at,” said Paredes.

But for Prime Group, opening the door to Medellin would allow the company to achieve a long-awaited goal of market expansion in Colombia. “We would love to cross Medellin off our bucket list,” he said.

Responsibilities here would mirror those in Bogota and Quito, in that Prime Group subsidiary PrimeAir would supervise all operations and customer service on the ground, Paredes added, “With an eye on safety and quality of service, we ensure everything goes smoothly, supervising all the vendors – and managing all aspects of cargo transport.”

Quito, Bogota, and Medellin would be a perfectly balanced bouquet of service.