If you’re involved in any sector of the fresh-cut flower business and you’re reading this right now – get back to work!

Although we’re just moving out of the peak Valentine’s Day period, January 25 through February 7, there’s still a lot of work to be done. With International Women’s Day around the corner, the clock is ticking and there’s little time to rest.

But all kidding aside, I’m glad you’re here, because it gives me an opportunity to say thanks to all of our freight forwarders with whom we get to work so closely this time of year, and to our shippers and air carriers who so depend on us.

I’m also grateful for the passion for perfection exhibited by our team of dedicated hard-working employees who continue to do what they do best – especially over the past few weeks.

The monstrously high volumes we are presently handling is nearly unimaginable for the typical consumer. But we’re used to it. We’ve been working with perishables for so long, it’s become second nature to expect nothing less – and to provide nothing short of perfection.

So hats off to the dedicated folks in our two divisions that play such an integral role in preparing, shipping, and delivering such delicate and highly time-sensitive product as fresh-cut flowers – PrimeAir and Prime Fresh Handling. Our customers depend on you and you deliver every day.

This is also the time of year that my business partner Omar Zambrano and I pay homage to the company’s core business of providing top-line logistics support for the flower industry. Since day one, shipping roses and other fresh-cut flowers from South America to the U.S., and now Europe and beyond, has been our main focus.

In fact, flowers are the very reason Prime Group exists today – and continues to succeed. They are the seed that started it all, and that are allowing the company to thrive and strategically expand into other profitable business and product lines.

It’s a busy time. It’s an exciting time. And there’s always time to say thank you.

So thanks! And Happy Valentine’s Day! 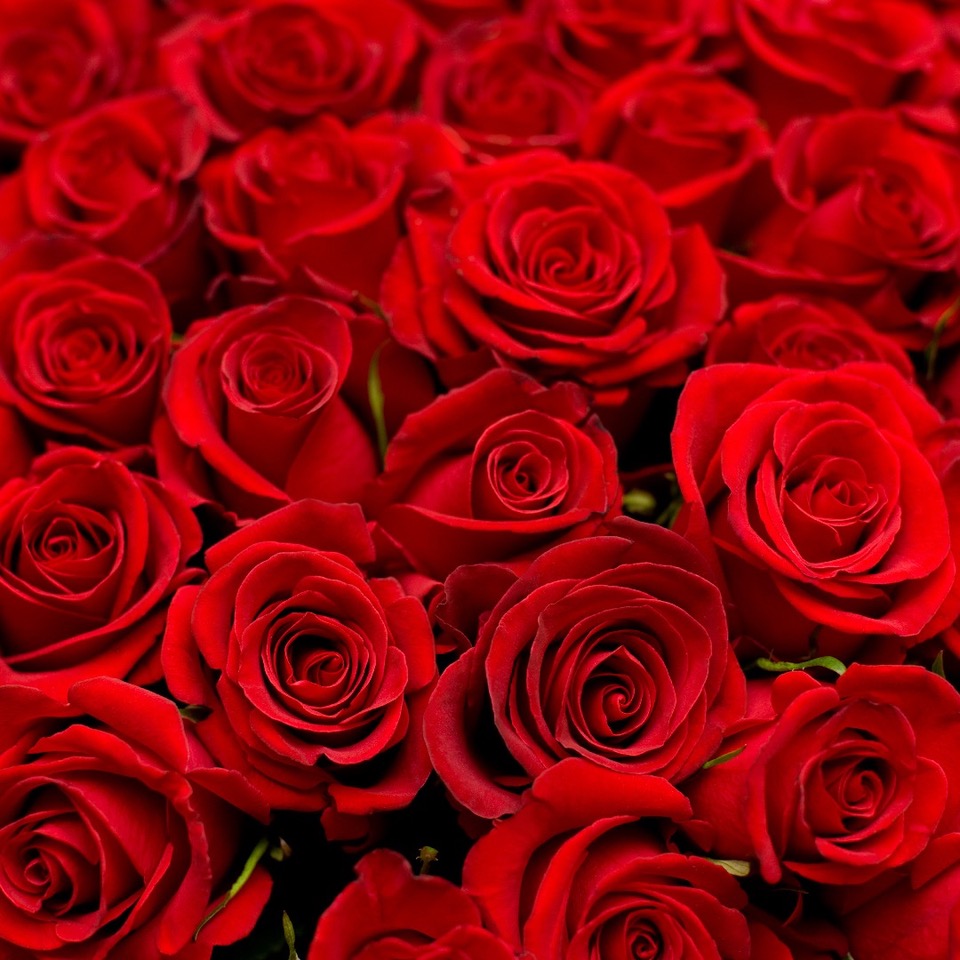 It goes without saying that Valentine’s Day is the most romantic day of the year – a time to show that special someone just how much they mean to you. Most often, it comes down to a beautiful little moment on this one special day, perfectly accentuated with a breathtaking bouquet of long-stem roses.

And then it is done. Mission accomplished – for the thousands of people behind the scenes, as well, who have toiled for weeks to ensure this exact moment goes without a hitch. People like the team of professional employees at Prime Fresh Handling and PrimeAir.

For them, however, the biggest moment all year is a 17-day stretch of time, from Jan. 20 to Feb. 7. It’s that small window during which they tap into their years of expertise to expertly manage the myriad logistical complexities in transporting millions of pounds of Valentine’s Day flowers – from source country to the florist, just in time for Feb. 14.

Growing Demand
Valentine’s Day is big business. There’s no question about it. And the role these dedicated workers play is crucial to supporting the every-growing demand for fresh flowers. Valentine’s Day sales for 2020 is expected to reach $27.4 billion in the U.S. alone – an increase of $6.7 billion dollars in sales from 2019.

So how are the numbers stacking up for PrimeAir and Prime Fresh Handling? Business is on a continuous upward swing. In fact, according to Regional Sales Director Jose Luis Suarez, one of the primary indicators is the volume of shipments coming out Bogota – the rose capital of the world and primary supplier of the U.S. Valentine’s Day market. In terms of tonnage, he says the Prime team fully expects to see an increase of 15 percent into Miami.

“On any given week, we operate about six cargo flights per week, but in order to meet the heightened demand, we’ve significantly boosted capacity leading up to Valentine’s Day. Over this peak 17-day period, we’ve been carrying literally triple the volume we normally handle, with about 48 total flights,” he added.

That amounts to three B747s flights per day carrying 100,000 kilos of crated flowers per flight – the equivalent of more than 100 tons!

“And that’s just what we’re handling. Considering that multiple other handlers and carriers are also putting in extra capacity to handle the demand over this same time period,” Suarez added, “that’s a lot of rose petals!

Projections out of Quito are equally impressive. According to the Expoflores, the National Association of Producers and Exporters of Flowers of Ecuador, air shipment of flowers during this same period, Jan. 20 – Feb. 8, were also projected to be up year-over-year, by 6 percent to the U.S.; 9 percent to Europe and Russia; and 20 percent to “other” locations.

On the Horizon
Flowers from Ecuador primarily go to supply Europe demand, with PrimeAir operating two extra flights to Amsterdam for the Valentine’s period and four extra flights in advance of International Women’s Day, coming up in March.

The peak period for Women’s Day is Feb. 16-28. After that, shippers get a break until Mother’s Day, May 12, which means everyone in the industry will be super busy again the last week of April through May 4.

Well in excess of 20 million flowers from Colombia and Ecuador are planned be cut, gathered, and shipped during the 2020 Valentine’s Day/Women’s Day season. 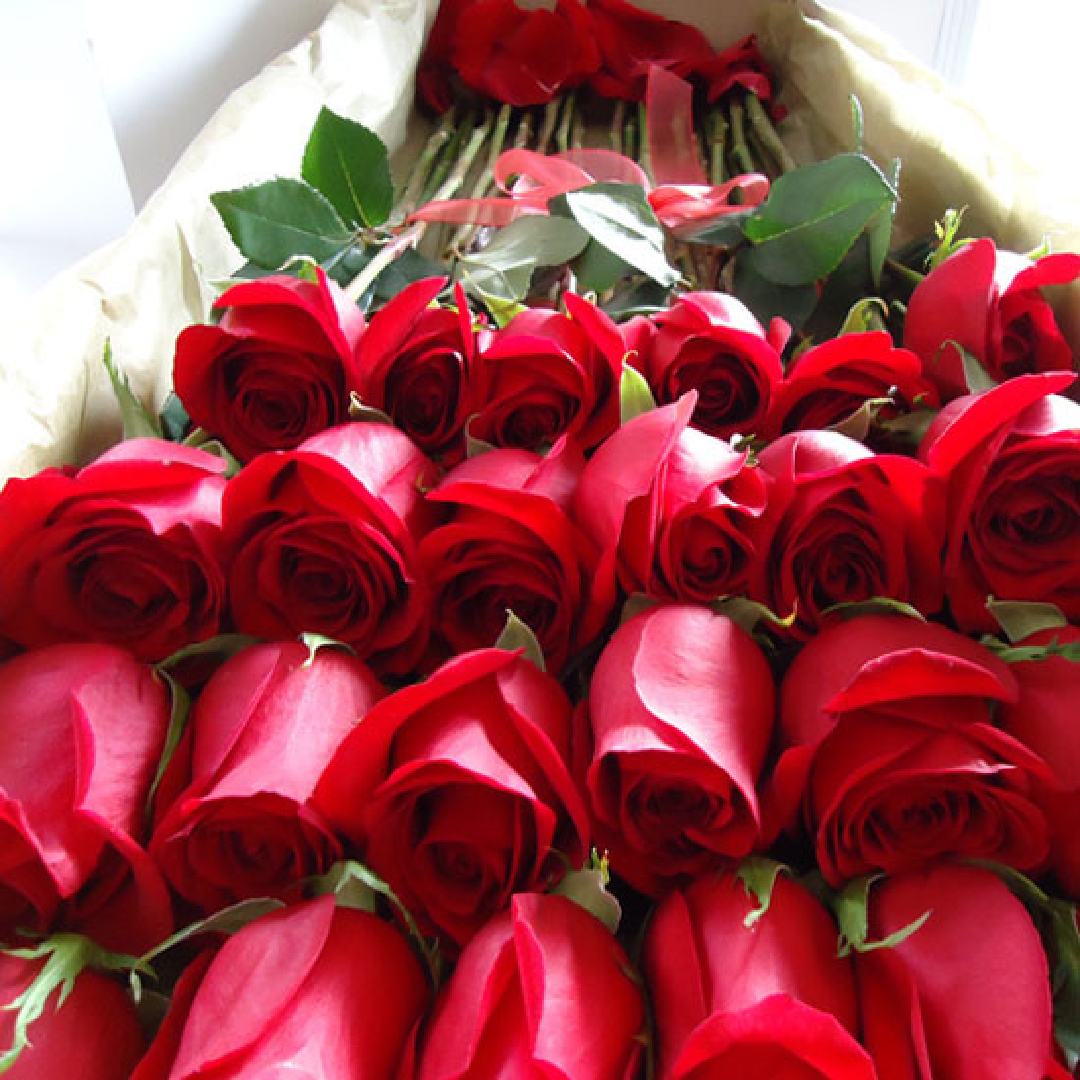 Out of the blue, a customer recently asked what my favorite flower is. I answered immediately, almost by reflex – because of course, it is the red rose. The queen of the flower industry. A truly wondrous sight, indeed.

In fact, roses are the very reason for Prime Group’s existence. Since day one, the handling and shipment of roses and other varieties of fresh-cut flowers from Ecuador and Colombia has been our core business. They are the very seed that started it all, allowing the company to blossom, and are now giving us the ability to expand.

So here we are, into the peak of a new season. From growers to shippers to florists and other retailers, this is the time of year everyone works tirelessly to meet the enormous demand of Valentine’s Day and International Women’s Day in March.

We’re working long and hard, too, especially at Prime Fresh Handling, where we expertly partner with our clients to fine-tune the shipping and handling process – from start to finish.

Similarly at PrimeAir, we are focused on managing the on-the-ground needs of our air cargo partners, as they double, triple, and in some cases quadruple their regular capacity to meet this annual spike in demand.

That’s what we do and we do it well – because we have to. In the perishables business, the mentality is that you work until you get it done, and there is zero margin for error. It’s always been this way and always will be.

When my business partner Omar Zambrano and I launched the company in 2001, the first flight we ever serviced was a B747 between Quito and Miami – completely full of flowers.

Over the years, it’s become second nature to understand that flowers demand a perfect operation, with no delays and no problems. Perfection is not just a goal, it is imperative. Again, it’s just what you have to do in this business.

Experience and flexibility mean everything – along with smarts, because you simply must solve matters immediately and sometimes creatively.

Therein lies the benefit of working with the Prime Group companies. Our long enchantment with fresh flowers has trained us well to serve our customers well.

We know exactly how to move things in a proper way, the fastest way, and in a way that pleases our customers most. They know we are completely dedicated and on top of our game – for them. It’s our mentality, always.

We hope you enjoy your Valentine’s Day!